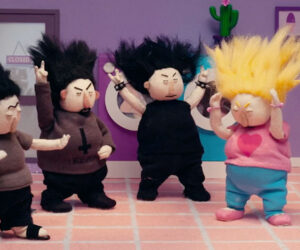 (PG-13) Andrea Vinciguerra’s darkly humorous animated short has a simple message: “If you choose to dance. Please dance responsibly.” It teaches the importance of this rule through a series of vignettes where people blindly follow the choreography of other people who may or may not actually be dancing. 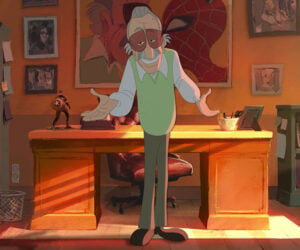 (PG-13: Language) We all miss Stan Lee. But thanks to Lee’s former sound engineer Aaron Fromm, we once again have a little bit of Lee’s matter-of-fact voice to bring us some cheer. Fromm worked with animator Kosperry, to create this great little clip about the Marvel founder’s fondness for a particular swear word. 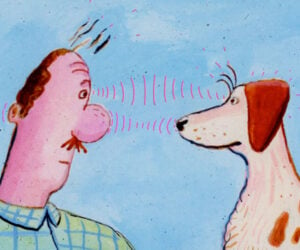 “I once saw him twirl a couch on a single finger.” Animator Alan Jennings introduces us to Mr. Bill Jennings, a man from Newbury, Vermont with some extraordinary talents and experiences under his belt. The charming short film reminds us that everyone has a story to tell, no matter how ordinary they might look on the surface. 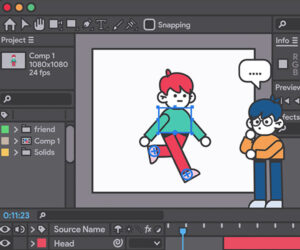 As we saw in his Batman & Superman clip, Animator DeeKay’s style is light and cheerful. In this clip, he takes us inside the process of creating one of his fun animations, as his digital avatar portrays the character doing the animation, and who creates a new friend in the process. 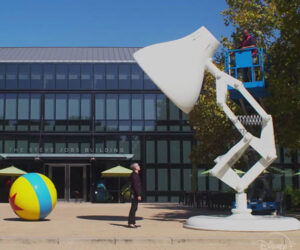 With animated classics like Toy Story, Up, Wall-E, and Finding Nemo to their credit, every animation company on the planet aspires to be as good as Pixar. This new documentary series takes us inside Disney’s famed CG-animation studio to meet the creative minds behind the movies. Premieres on Disney+ 11.13.2020. 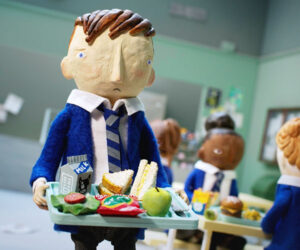 One of the worst parts of childhood is feeling like you don’t fit in. In director Catherine Prowse’s animated short promo for UK children’s charity Childline, they remind us that there is no such thing as “normal” and if we all let our freak flags fly and accepted our differences, the world would be a better place. 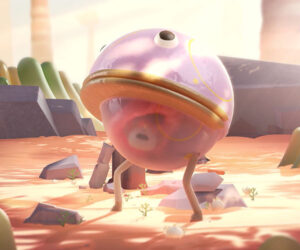 Art&Graft envisions a future in which most of the world’s animal and plant species have gone extinct, and science attempts to recreate these lost creatures through a combination of genetic engineering and motion capture. It’s like Jurassic Park, only much, much sillier. 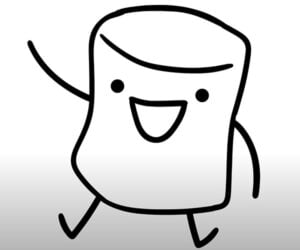 TomSka and Wonchop’s overtly-silly and overtly-literal animated series is back for a lucky 13th episode. As usual, it’s loaded with a mix of absurd, goofy, and occasionally inappropriate humor. And say hello to the Internet’s squishiest new star, Marshmallow Man. 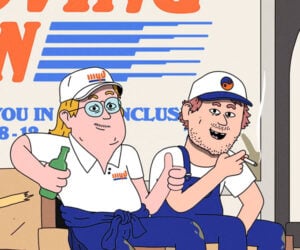 (PG-13) The groovy sounds of MYD and Mac DeMarco’s track Moving Men gets the perfect accompaniment in the form of this hilarious animated music video. Directed by Alexandre Nart, the clip takes us inside the everyday lives of a couple of pothead movers and the care with which they handle each and every item they move.

If The Mandalorian Was an Anime 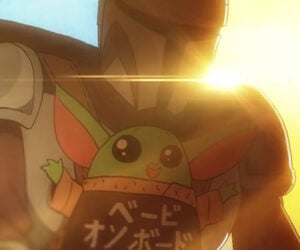 The Mandalorian is a pretty damned fine series as-is. But it’s still fun to envision variants of the show, like this fun anime style opening put together by Malec, Martial Coulon, Antoine Bertrand, KronoMuzik, and Kenny dozo. Kawaii Baby Yoda is just as adorable as his live-action inspiration. 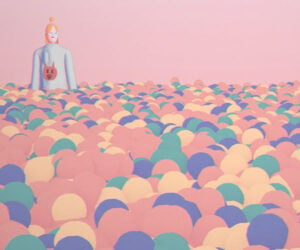 Animator Zohar Dvir’s short film takes us inside the mind of a perplexed millennial who seeks answers to life’s questions. When she turns to her Magic 8 Ball, she ends up pulled deep into a hallucinogenic dream world that starts between her couch cushions.

I Ride My Bike When the Air Is Crispy 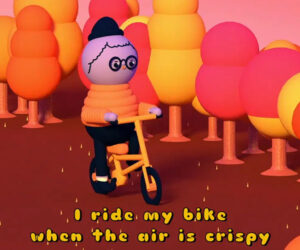 There’s nothing like a peaceful autumn bike ride through the forest as colorful leaves fall around you. Illustrator Julian Glander’s lighthearted animated short for Adult Swim SMALLS starts out that way, then takes quite the unexpected turn about halfway through. 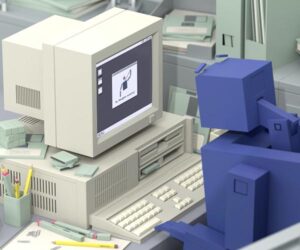 Animator Michael Marczewski presents an exceptionally blocky short film in which e-mails manifest themselves as tiny cubes that walk between computers. As the messages cross back and forth between two co-workers, things go off the rails when objects get in the way and corrupt their communications. 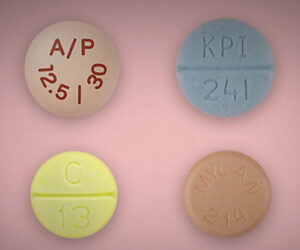 Like many inventions, pharmaceuticals are a double-edged sword. Some have saved and improved millions of lives, while others have caused terrible side-effects and dangerous, deadly addictions. Patrick Smith’s rapidfire short film offers a satirical commentary on our obsession with drugs without saying a word.

A Night in Camp Heebie Jeebie 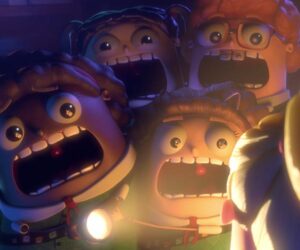 As the girls of Camp Heebie Jeebie share their creepy ghost stories, things take a turn and their creations start to come to life. Animator Dylan Chase’s comedic horror short has some genuinely laugh-out-loud moments, along with exceptional character design and storytelling. 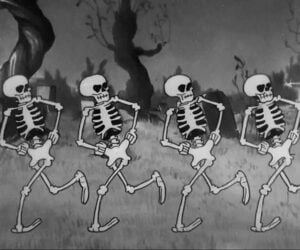 The 1929 Disney Silly Symphony animation The Skeleton Dance is a Halloween classic. But modern copies of the clip are grainy and filled with flicker. Adam Maciaszek used a mix of AI tech and his own intelligence to dramatically improve the quality of the footage. Watch at 2X speed on YouTube, or a regular speed on Bittube. 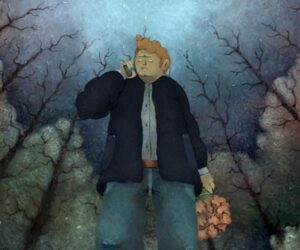 While on his way to a date with his girlfriend, a man carelessly destroys a mysterious creature’s nest, which then invades his body. But that’s not the worst thing that happens to the guy in this extraordinarily creepy and atmospheric animated short film by Stas Santimov. 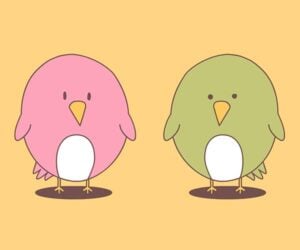 “Killing two birds with one stone is actually harder than murdering them one after another.” Grant Kolton’s snarky animated short pokes fun at common English idioms like “You can’t judge a book by its cover” and reminds us that they’re not all to be taken as gospel.

Back to the Future: Reimagined 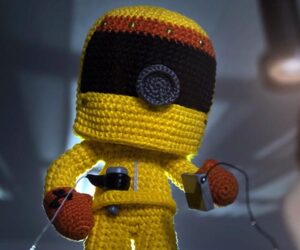 To celebrate the 35th anniversary of Back to the Future, Universal Pictures enlisted the help of eight talented artists and fans to create their own visualizations of the classic sci-fi comedy. We can’t decide which animation style we liked best, but the knit version of “Darth Vader” from the planet Vulcan was pretty great. 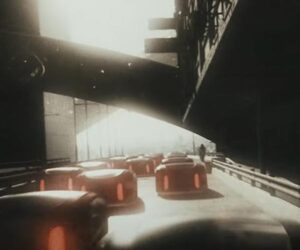 Joe Sill’s animated science fiction short envisions a future where a corporation runs a massive network of autonomous vehicles, and those who drive themselves are hunted down as criminals. The proof-of-concept thriller follows a gang of motorcycle couriers who must deliver a mysterious package.

Passing Time at the Beach 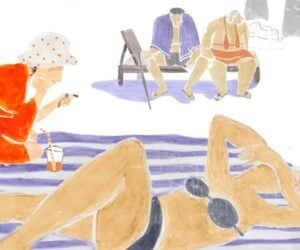 Filmmaker Natalia Mirzoyan’s animated short depicts a brief moment in time at the beach, where people of all ages come to enjoy the sunshine and saltwater. While painting an evocative portrait, the film explores the different ways that people perceive time throughout their lives. 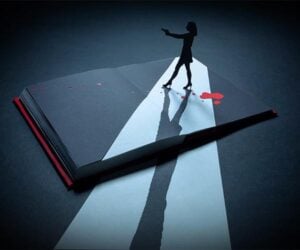 Rogier Wieland Studio created this captivating stop-motion promo clip for Trombosestichting, The Dutch Thrombosis Foundation, who is distributing a free e-book to help educate people about the dangers and warning signs of blood clots, wrapped up in the guise of a noir thriller. 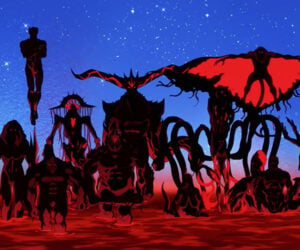 After the gods of Olympus defeat the titans, a group of terrifying giants rises in their place. Can Heron, the half-human son of Zeus, help save humanity? Its man versus monster in this upcoming Netflix anime series, inspired by ancient Greek mythology. Drops 10.27.2020. 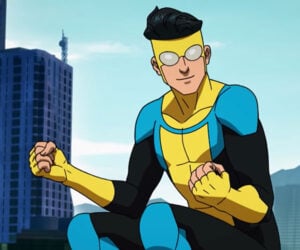 Was That Your Limb? 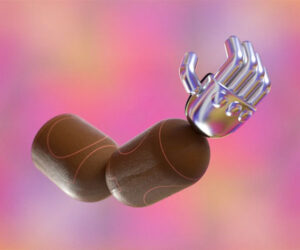 Using narration based on an actual Craigslist “Missed Connections” ad, animator Patrick Dias imagines what actually happened when a man dropped his prosthetic arm while running to catch a train. The captivating voice acting by Tiana Asperjan helps bring depth to the story. We’d love to see a whole series of these. 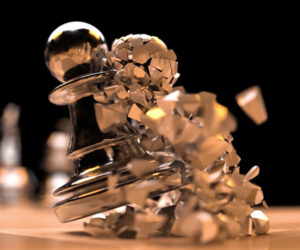 Back in the day, there was this great video game called Battle Chess, in which chess pieces fought to the death on the board. This clip from CGI animator lotsalote envisions what a next-gen version of that game might look like, as individual chess pieces explode violently on impact with their opponents.