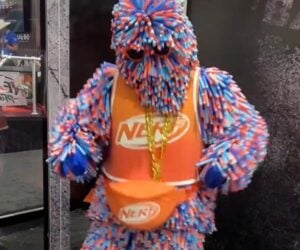 Recently, NERF revealed its new mascot, Murph. This goofball kind of looks like a walking Koosh ball because their hairy body is made up of hundreds of NERF darts. They look pretty awesome just standing still, but the real magic comes when Murph gets their groove on. Follow Murph’s adventures on the NERF TikTok channel. 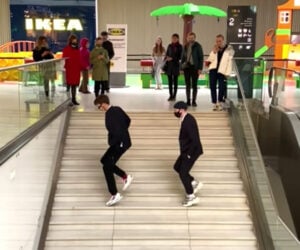 The last time we saw someone dance on a staircase, it was in Joker. While that was a memorable cinematic moment, Joaquin Phoenix has nothing on the moves of Tuzelity Shuffle, who showed off their impressive synchronized dancing skills on the stairs at an IKEA store.

When You Only Have Two Points of Articulation 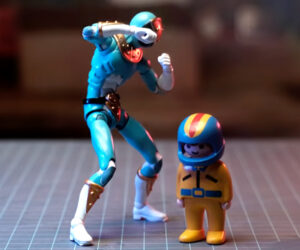 When it comes to action figures, more points of articulation are usually better – especially when it comes to dancing. But what happens when your figure can only swivel its head and bend at the hips? TheCrafsMan SteadyCraftin shows us that it’s not just about your moves, but also your attitude in this charming animation. 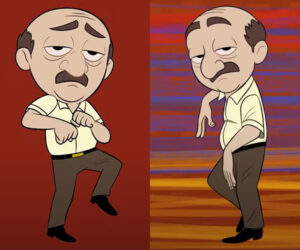 Hayk Manukyan has been creating hand-drawn animations for over 20 years. Over that time, he’s worked for studios like Walt Disney, Warner Bros., FOX, HBO, Comedy Central, CN, Nickelodeon, and MTV. For fun, he created this brief and joyful cartoon of a character named Harut, an ordinary man with some extraordinary dance moves. 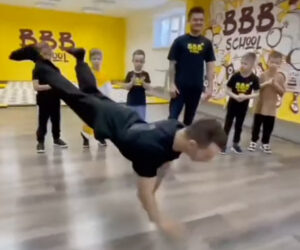 During a kids’ dance class a breakdancer shows off his insane upper body strength with a series of gravity-defying moves that will have you wondering if his legs are attached to the ceiling by invisible wires. Maybe the guy has prosthetic legs, but that wouldn’t make it any less impressive. 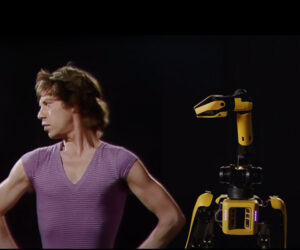 Boston Dynamics programmed one of its nimble Spot robots to mimic the dance moves of Mick Jagger. But that’s not all. Spot is soon joined by the other members of the Robot Stones to replicate the music video for their classic hit Start Me Up.

Boston Dynamics: Spot’s On It 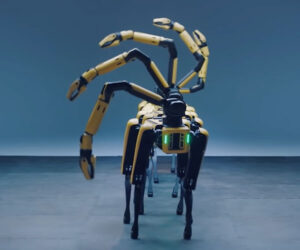 To celebrate its acquisition by Hyundai, Boston Dynamics shows off its Spot robots once again. Enjoy this precision choreographed dance routine featuring a pack of the robo-dogs dancing to the Korean automaker and BTS collab IONIQ: I’m On It. This time it’s about their arms as much as it is about their legs. 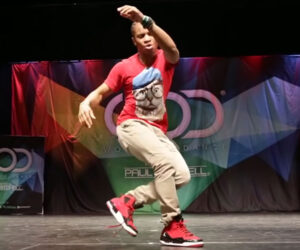 Freestyle hip hop dancer and So You Think You Can Dance season 10 champ Fik-Shun Stegall shows off his incredible muscle control, balance, and precision in this performance from the 2014 World of Dance in Las Vegas. 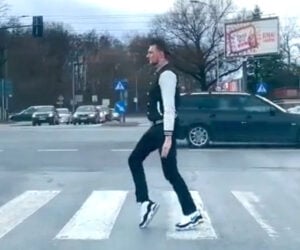 Dancer Kamil Szpejenkowski aka SFINKS has some buttery-smooth moves. Watch as he hops out of the car at a red light to perform a mindblowing series of moonwalks and glides that had us convinced he was on roller skates. Seriously, how can you move with such fluidity on the pavement? 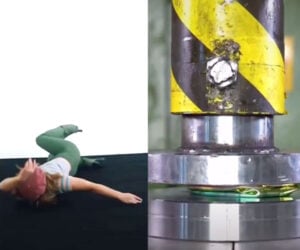 You’d think you’d need to own a hydraulic press to do stuff like the guys at the Hydraulic Press Channel do, but Aussie actor-dancer-comedian Smac McCreanor figured she could do the same without one. Instead of smushing objects, she uses her body to accurately reenact the crushing power of a 150-ton press. 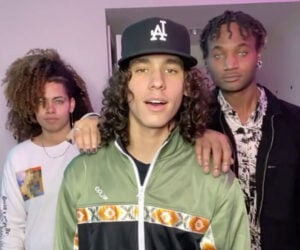 Dancers Jackson Chavis, BluPrint and Taylor Pierce take robotic dancing to the next level, working in perfect sync in this routine they choreographed to Kid Cudi’s 2009 track Day ‘N’ Nite. Be sure to check out more mad dance moves on Jackson’s TikTok feed. 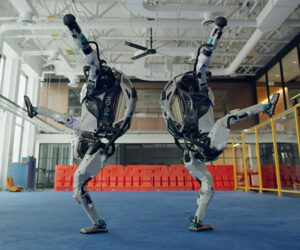 To celebrate the end of 2020 and to ring in a happier 2021, robotics company Boston Dynamics programmed their ATLAS, SPOT, and HANDLE robots to perform a little dance routine to The Contours classic Do You Love Me? Everything you see here was filmed in-camera with real robots, and with no CGI or visual effects. 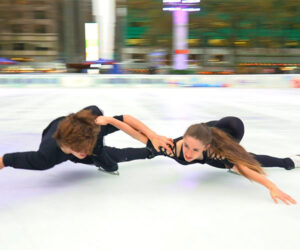 When you think of figure skating, Metallica isn’t the first thing that comes to mind. But Team USA ice dancers Oona and Gage Brown dispel that notion with this exceptionally precise performance choreographed to Nothing Else Matters, combining Metallica’s original metal ballad with a cover version by Marlisa. 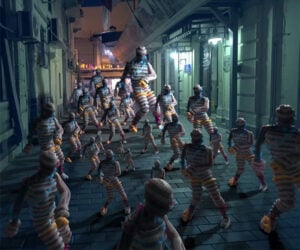 Backed by the jazzy sounds of Ilhan Ersahin’s Istanbul Sessions‘ track Hurri-Mitanni (Güzel Haber), director Gökalp Gönen’s music video is loaded with eye-catching images, as a series of dancers wander the streets, transforming into surreal and colorful figures with the help of computer graphics tech. 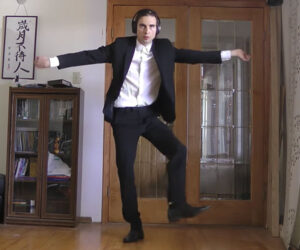 It’s been a long time since we checked in with dancer Michael Startsev aka TakeSomeCrime, but we’re happy to see that he’s still got his groove more than a decade later. If you ever wondered what to do with your hands while dancing, he’s got a trick or two to show you. 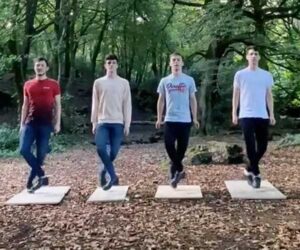 The dancing lads of Ireland’s Cairde show off their impressive footwork as they perform a little synchronized stepdance in the woods. As many astute commenters have pointed out, it looks like an OK Go music video. More stepping goodness here. 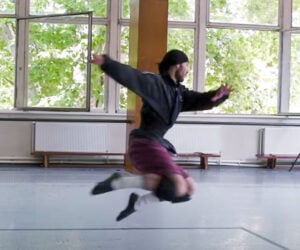 David Chanishvili is a dancer with the Sukhishvili Georgian National Ballet. In order to perform their mix of folk dance, classical ballet, and modern dance, he and his fellow company members must possess incredible coordination, athleticism, and strength. Great Big Story offers a brief glimpse into their talents. 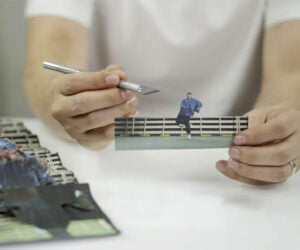 Blackhand typically uses his X-Acto knife to build stuff out of cardboard. But in this clip, he used his sharp hobby blade to cut out silhouettes from 1400 pieces of paper, transforming footage of a dancer’s moves into a stop-motion animation. Original video here. 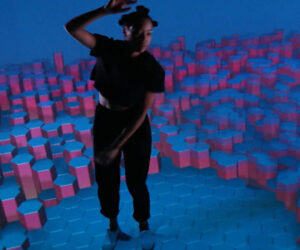 This short dance film by THÉORIZ pulls off some impressive visuals, given the fact that all of its effects were shot in-camera, with no green screen or post-production. They achieved their mixed reality illusion using motion tracking synchronized with real-time projected imagery. Behind the scenes here (turn captions on.) 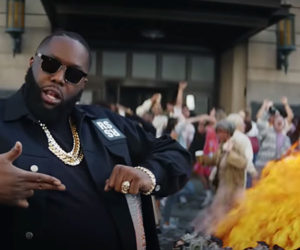 (PG-13: Lyrics) “People, we the pirates, the pride of this great republic.” The music video for RTJ, Greg Nice, and DJ Premier’s anthemic track imagines a day when classes, currency, and other arbitrary social constructs burn to the ground, and we all dance and party in the streets to celebrate the fall of the house of cards. 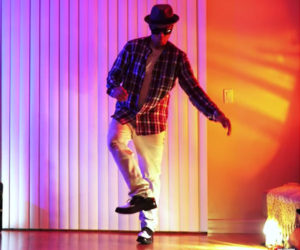 If there’s one thing you can definitely do while stuck at home, it’s dance. We all have our own favorite moves, but most of them couldn’t hold a candle to the smooth-flowing choreography of dancer Poppin John, who wowed us with his colorful living room performance.

To Be Free: Powerline Dance 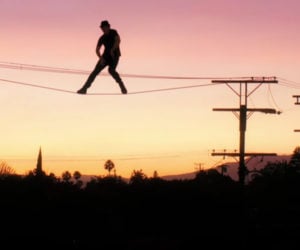 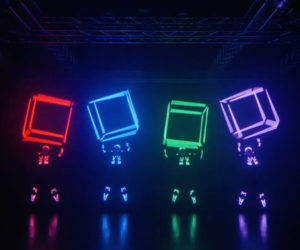 The dancers of Pyroterra Fire & Light show off one of their coolest props. The LED Cube FT is a large, but lightweight cube packed with 1368 RGB LEDs designed for stage performances. The collapsible cubes have a programmable chip on board for storing sequences and can be controlled remotely from up to 200 meters away.

Love Of The Art: Time Will Reveal 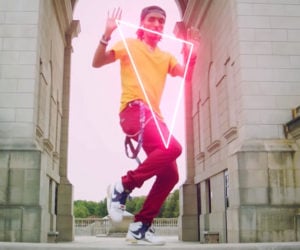 It’s been a while since we checked in with dancer Marquese Scott, and it’s good to know that he’s still got all the moves. In this clip for Ed “Gusto” Greene & Scott Trent’s modern disco track, his crisp and clean choreography is further accentuated with the addition of colorful moving lines. Download the track here. 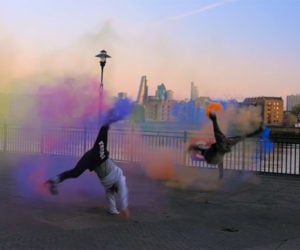 The breakdance crew of OK World Wide show off their spinning talents, with the added bonus of colorful trails of smoke being emitted from their feet. The brightly colored festivities were captured in brilliant 4K by filmmaker Ali Kubba. 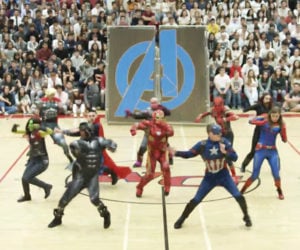 A group of talented kids from Walden Grove High School’s PAC Dance Team take on the world of The Avengers with a highly-energetic and highly-entertaining routine that recaps highlights from the Marvel Cinematic Universe, as our costumed superheroes perform choreographed battle with Thanos and his Black Order.