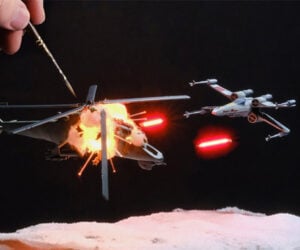 After seeing Top Gun: Maverick, model maker Boylei Hobby Time wanted to make a diorama inspired by one of the movie’s big action sequences. While he found a 1:144-scale model of the soviet gunship helicopter, he couldn’t find one of an F-18 fighter jet a the same time, so he decided to swap in an X-Wing from Star Wars. 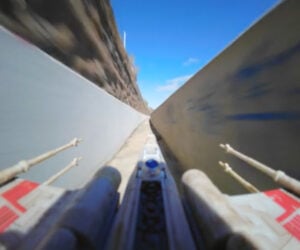 The Death Star trench run scene in Star Wars is one of the best action sequences ever – and it was created with practical effects. Star Wars fan Petr N replicated the scene by taking his FPV X-Wing drone for a treacherous flight through a drainage ditch. He’s also got a speeder bike. 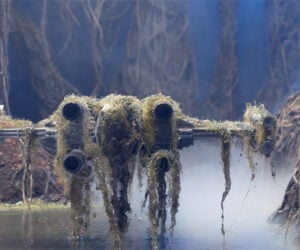 One of the most memorable scenes in The Empire Strikes Back is when Luke uses The Force to raise his X-Wing Fighter from the swamp on Dagobah. Modelmaker Kathy Millatt walks us through her impressive recreation of the moss- and vine-covered scene with shiny resin swamp water, and miniatures of Luke, Yoda, and R2-D2. 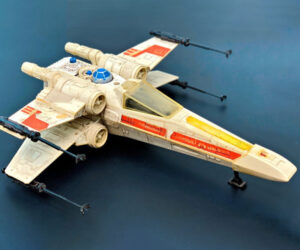 Classic Star Wars toys from the 1970s have become quite collectible. But toys like this model of Luke Skywalker’s X-Wing fighter have yellowed over the years. But leave it to Rescue & Restore to make this prized 1978 toy as good as new, complete with a fresh set of decals. While he did a great job, we kind of liked the battle-scarred look.