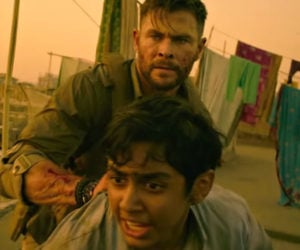 (PG-13: Language) Chris Hemsworth stars in this Netflix film about a mercenary who’s called on to rescue the kidnapped son of a notorious drug lord. The plot sounds pretty trite, but with Avengers’ stunt coordinator Sam Hargrave directing, and the Russo Brothers producing, it’s sure to have thrilling action sequences. Drops 4/24/20.