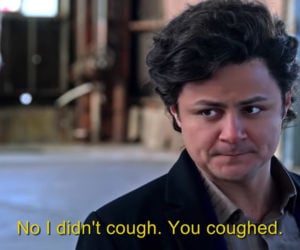 An amusing sketch from the Comedy Central series Alternatino in which its star Arturo Castro (Broad City, Narcos) plays a translator hired by a mob boss to help him conduct business. Unfortunately he’s not quite as skilled at his job as he should be, resulting in a very unfortunate outcome.