After putting some mud on the Toyota TRD Pros, we headed to the dusty Nevada desert to put the 2019 Tacoma, Tundra, and 4Runner TRD Pros to the test as part of our collab with the Trail Trek Tour. The rocky trails were no match for the FOX shocks each vehicle now sports.


This year's TRD Pro series comes in a sweet new color called "Voodoo Blue," which is bold, vibrant, and looks awesome against the browns and greens found on most off-road trails. It looks especially great with the bold black trim found on all TRD Pro models. The 2019 TRD Pro line can also be had in Super White and Midnight Black Metallic. 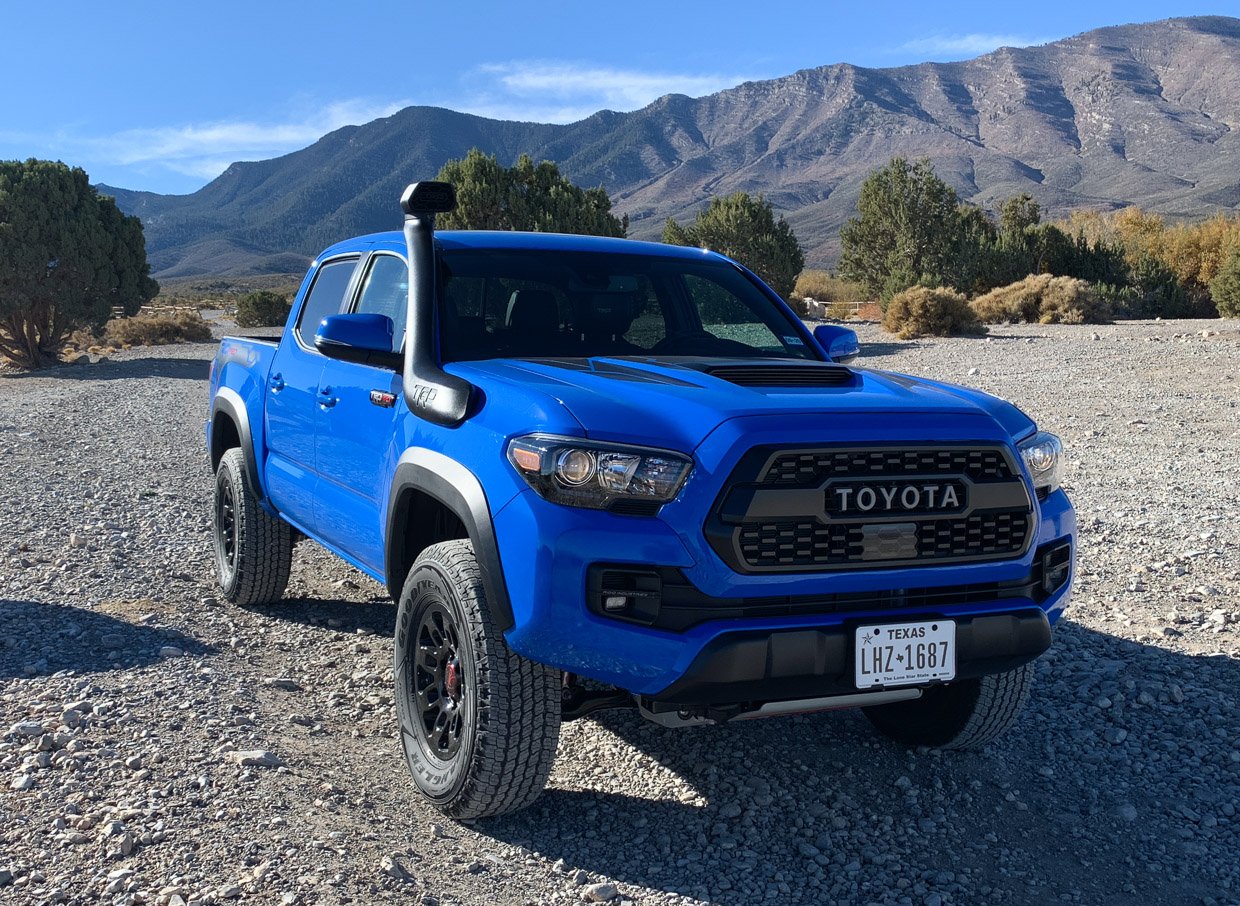 We also stopped by Toyota's booth at the SEMA Show. One of the niftier sights on display was racer Ivan "Ironman" Stewart's iconic V8-powered trophy truck, which he raced to victory in his class in the 1998 Baja 1000. The truck has served as inspiration for the TRD team in designing the TRD Pro line. They also had a Tundra with robots making pizza in its bed. 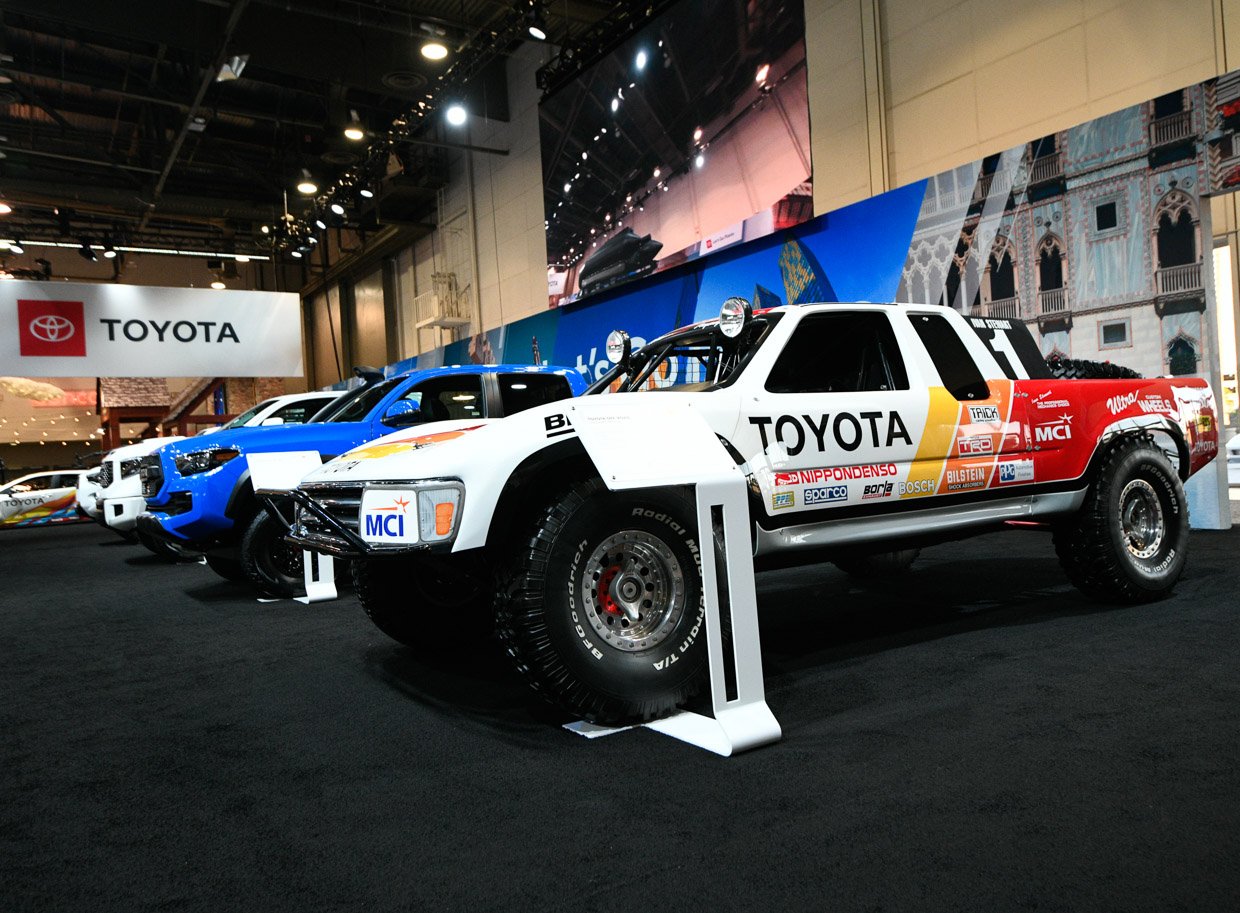 Before we hit the trails, the folks at BFGoodrich Tires gave us some pointers on our off-road technique, including using left-foot braking to better manage our speed and traction, and the very useful tip of facing the front of your vehicle before you hit the trails to look for points of reference on the hood which line up with your wheels. This bit of advice protected us from putting our tires into some of the nastiest ruts and divots we encountered along the way. 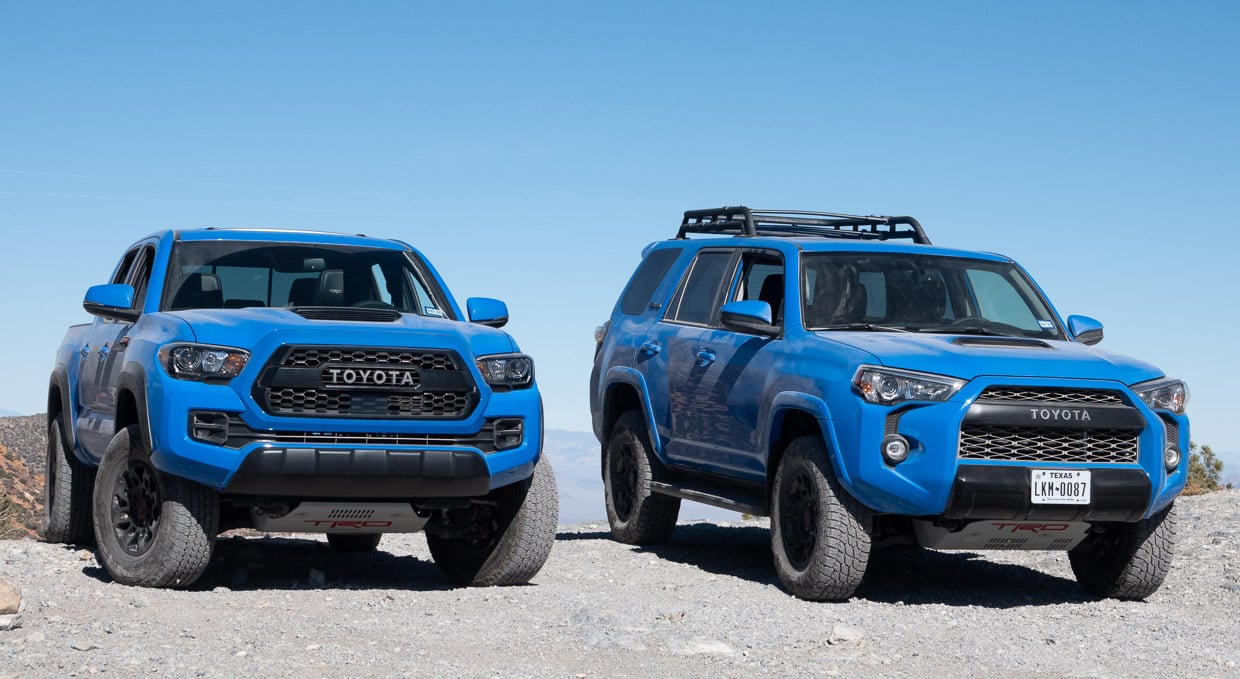 The 1/4" skid plates that come standard on TRD Pro models saved the precious mechanical bits of our trucks on more than a few occasions, as we ambled across the sharp and pointy rock that covered the majority of our path in the desert outside of Las Vegas, as we headed towards the 7700 foot summit of Wheeler Pass. If you look closely, you can get a little peek at the oh-so-good 2.5" FOX internal bypass shocks while we're down here on our knees. 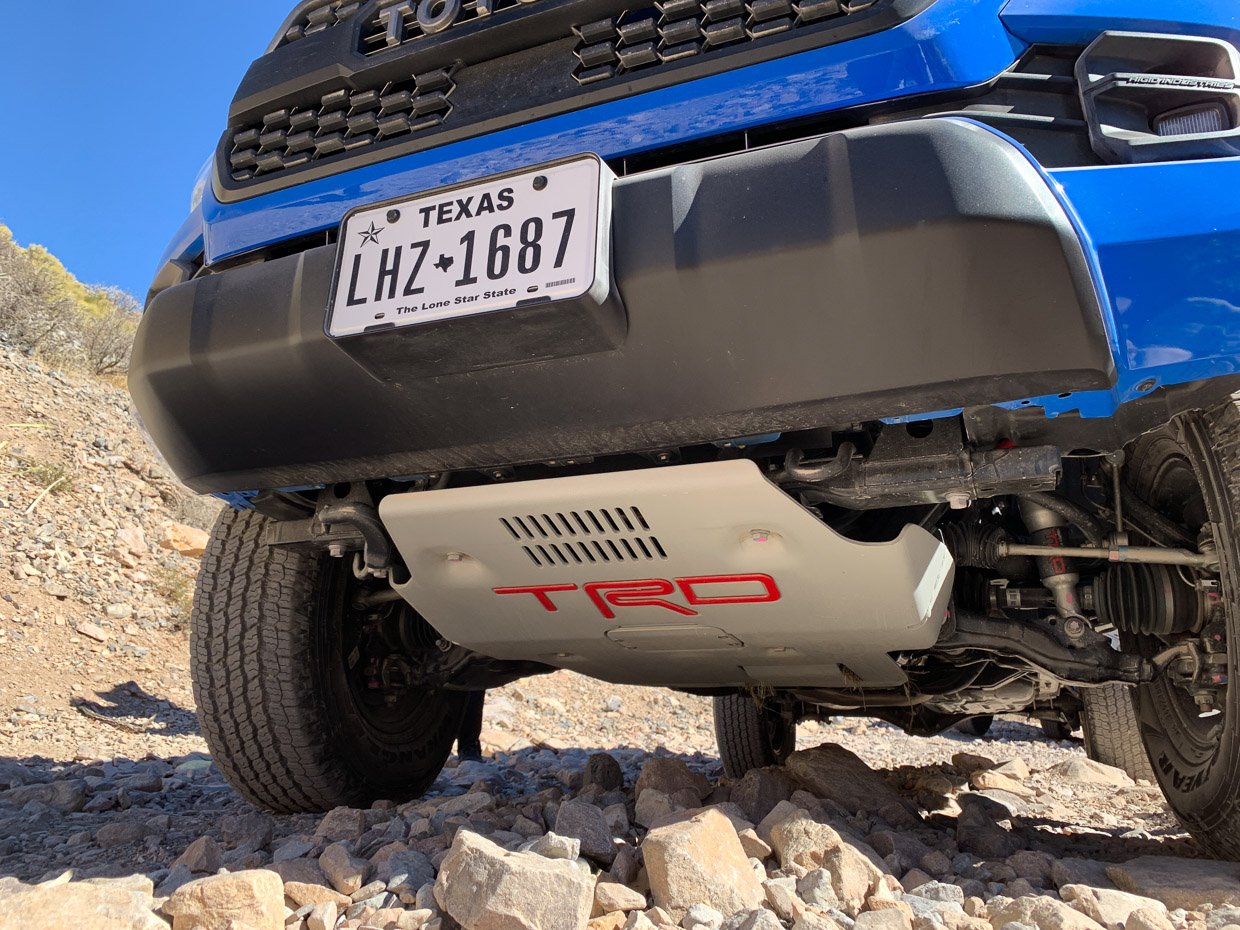 While we weren't driving fast enough to kick up too much dirt, we could see just how handy the optional desert air intake could be on the Tacoma TRD Pro. It's designed to funnel clean air to the engine, instead of all the dust and dirt that gets kicked up closer to ground level. 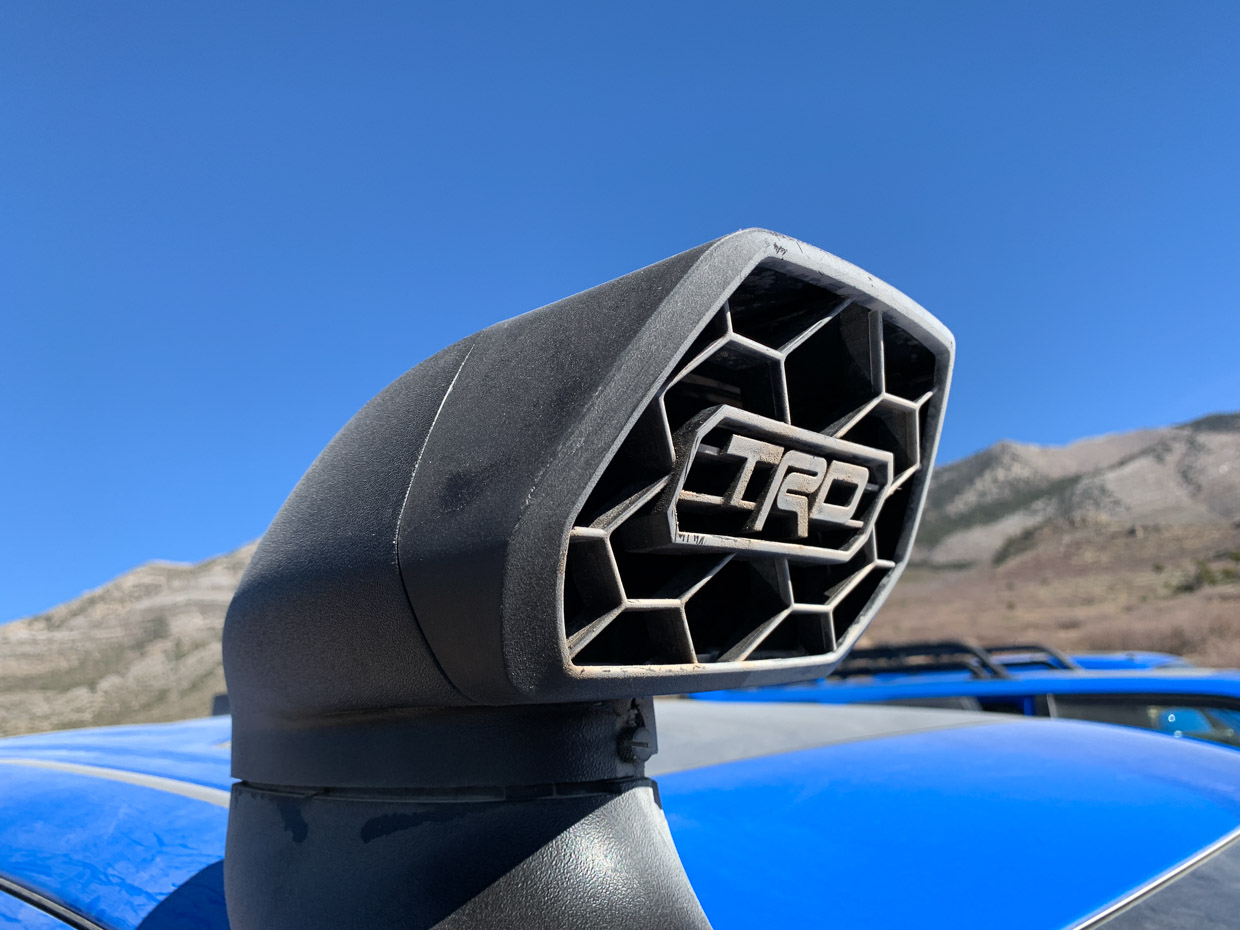 The TRD Pro trucks you can buy at the dealership today are far more spacious than a single seat Baja trophy truck, and the suspension is balanced enough to offer ride comfort and stability whether on the trails or on the smooth tarmac. 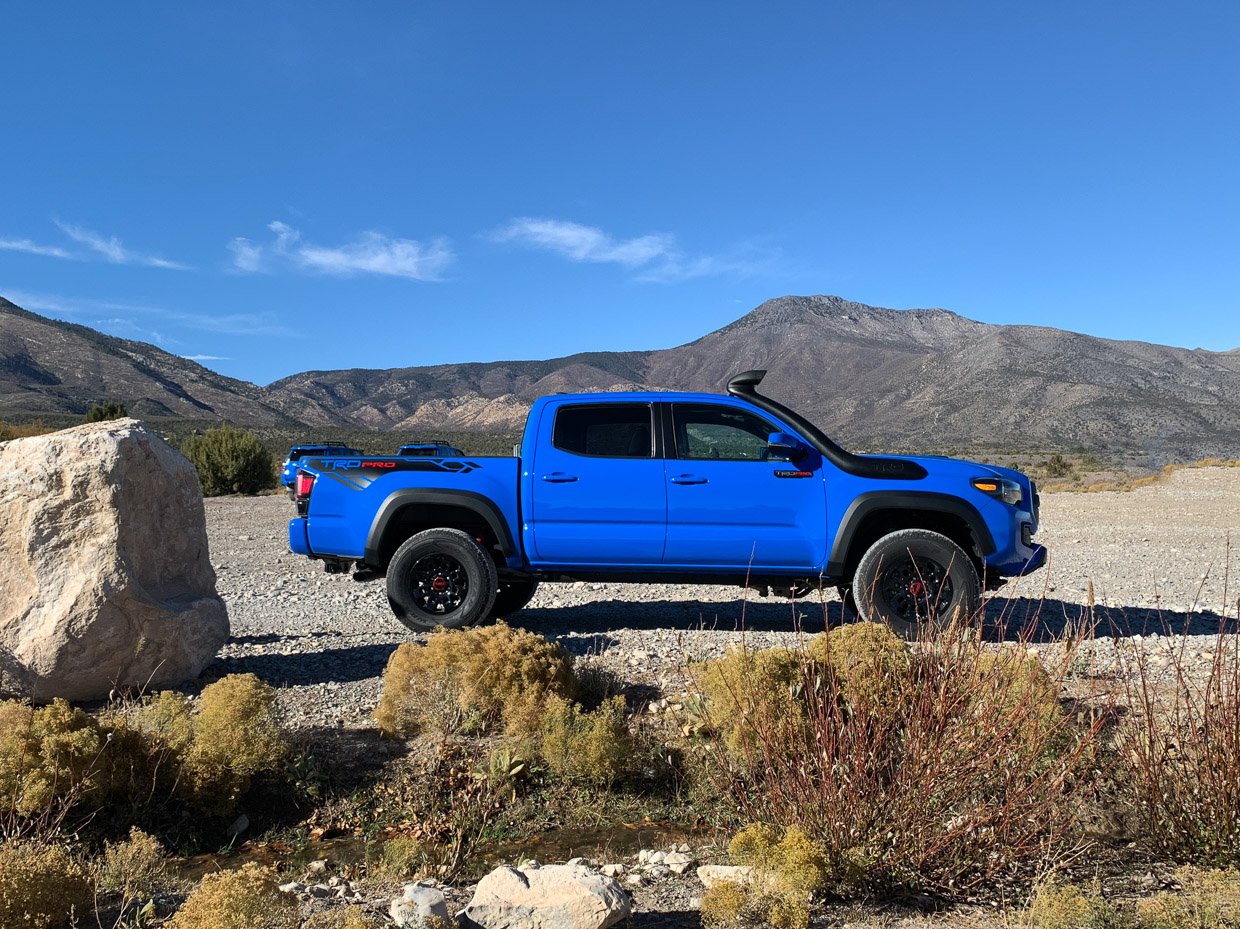 For those times when the trails exceed your personal skills, the Tacoma and 4Runner TRD Pro pack a terrain management system which can automatically adjust traction to reduce wheel slip, as well as Crawl Control, which can take on the throttle and braking duties at low speeds, letting you focus your energy on steering. This really came in handy on some of the steeper hills with loose rock that we encountered. 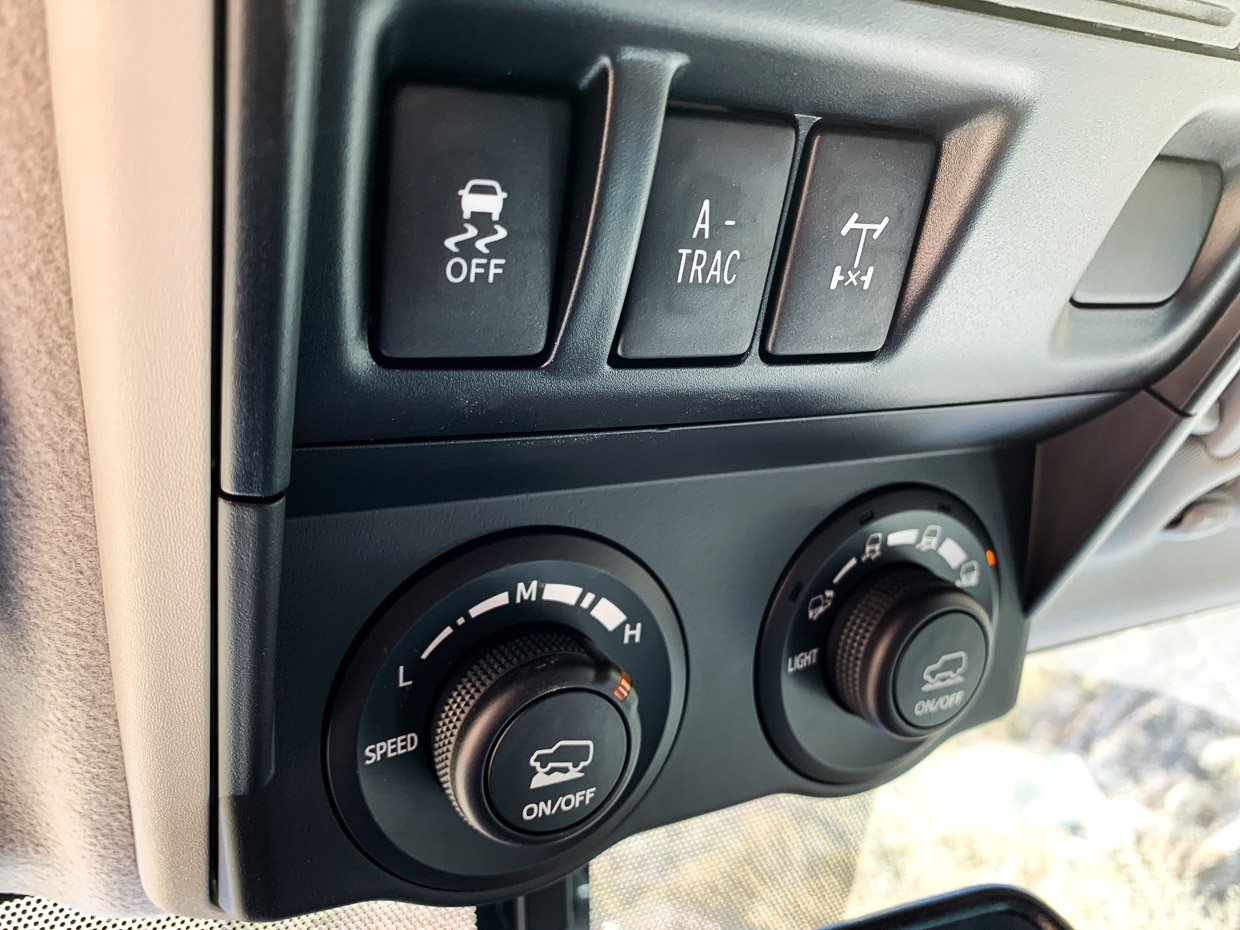 One new addition for the 2019 4Runner TRD Pro is the sturdy metal roof rack, which provides even more cargo capacity beyond the SUV's already cavernous interior. Of course, don't expect anything up there to stay clean, unless it's tied down under a tarp or in an airtight bin. 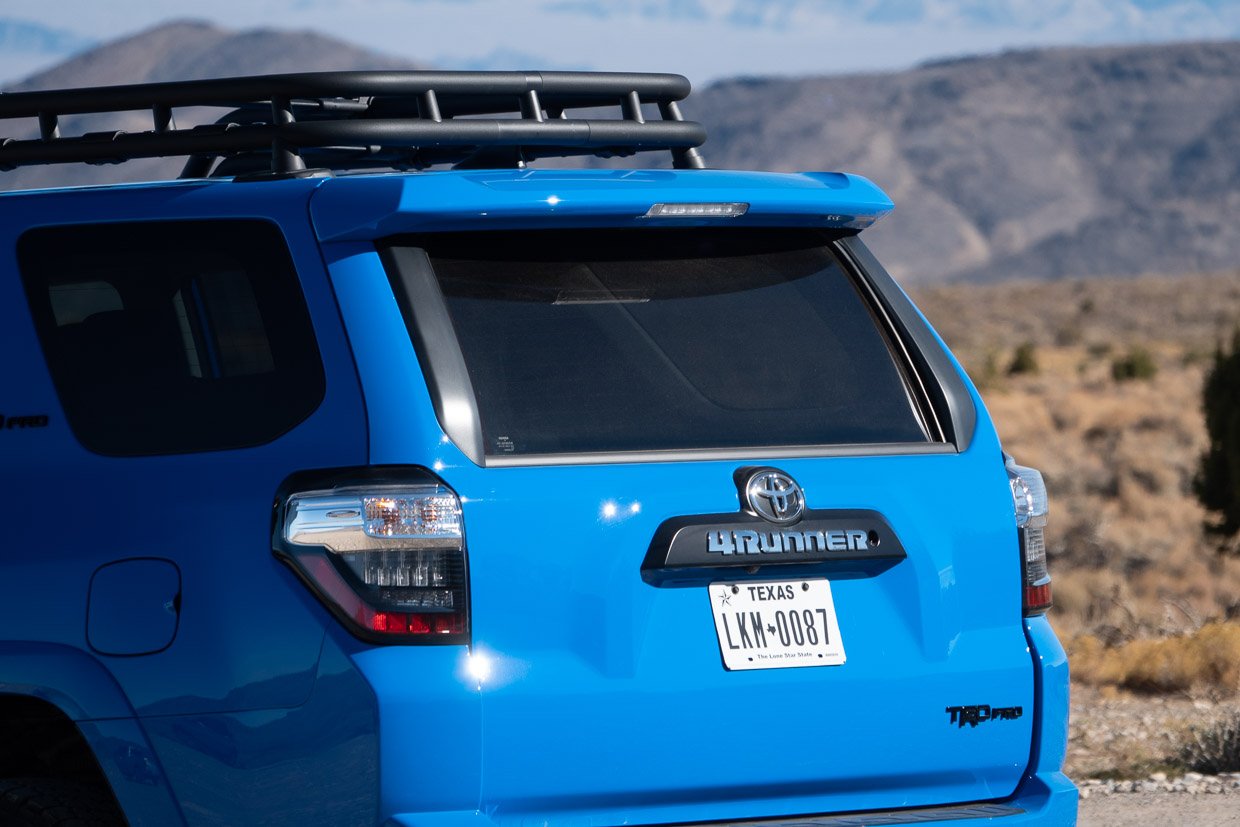 New on the 2019 Tundra TRD Pro are bright Rigid Industries LED fog lights, which are great for illuminating trails should you stay out after the sun sets, or if you head out early to catch the sunrise. 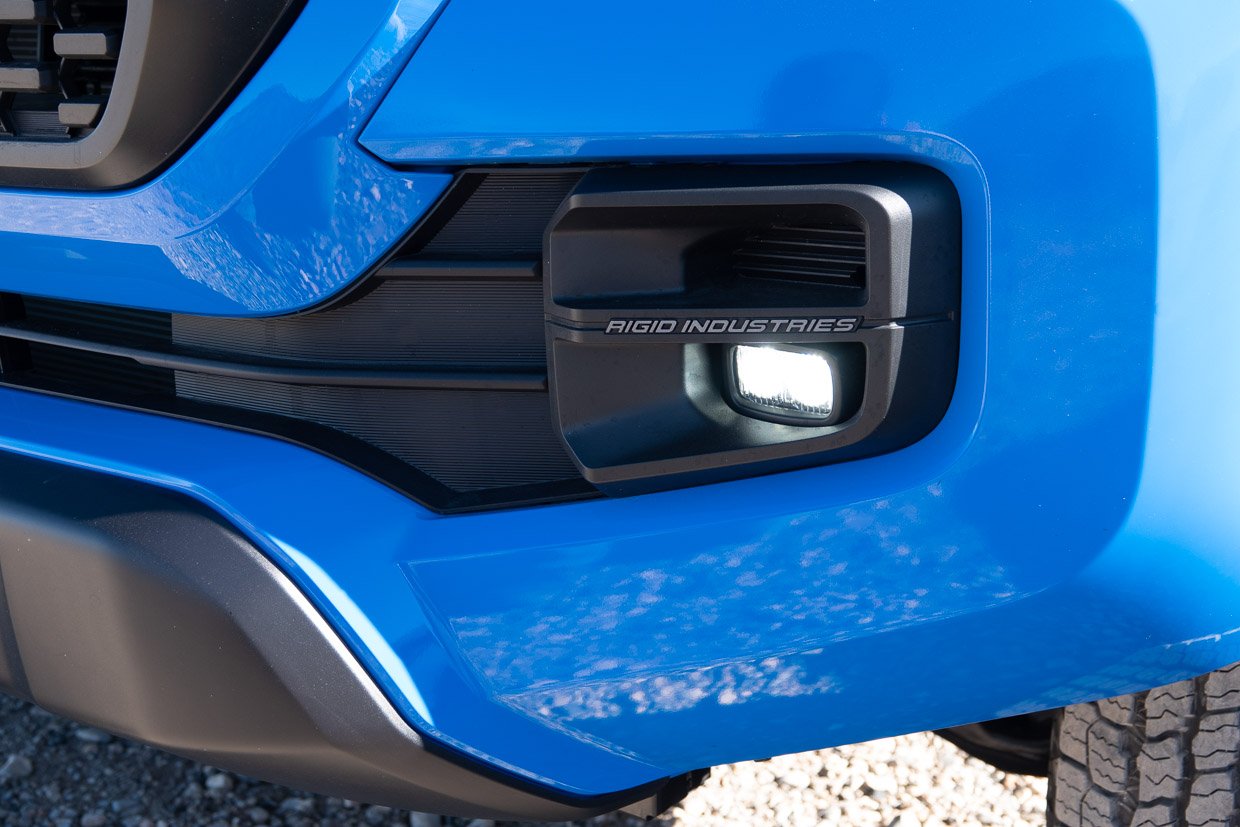 It's tough to decide which TRD Pro we like best. The Tacoma provides the utility of a pickup truck but can make its way down narrower paths than its big brother Tundra. But that beast offers the best ride and cabin comfort, and can tow substantially more. On the other hand, the 4Runner is extremely versatile, and is just as at home driving around town, hauling family, or tearing through the most challenging terrain. That said, if there was room in The Awesomer garage, the 4Runner TRD Pro would be our pick.

Whichever way you go, TRD Pro trucks are some of the most capable and good looking on the road, and with Toyota having created vehicles like the million-mile Tundra under their belts, they're as durable and reliable as they come. 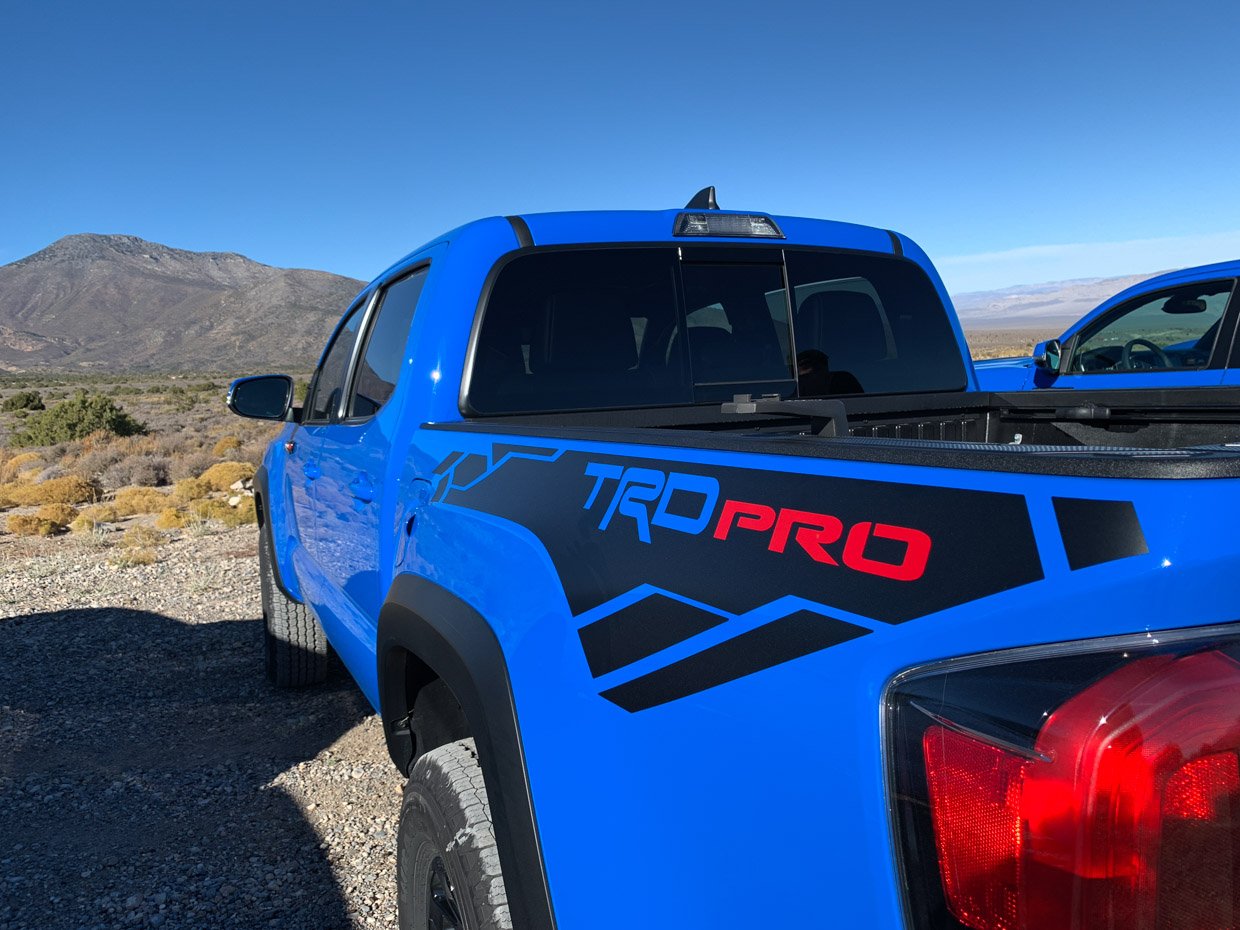 We'd like to offer thanks to the sponsors of the Trail Trek Tour, Toyota, MGM Resorts, and BFGoodrich Tires, who covered the costs of our travel and accomodations for this exciting adventure. 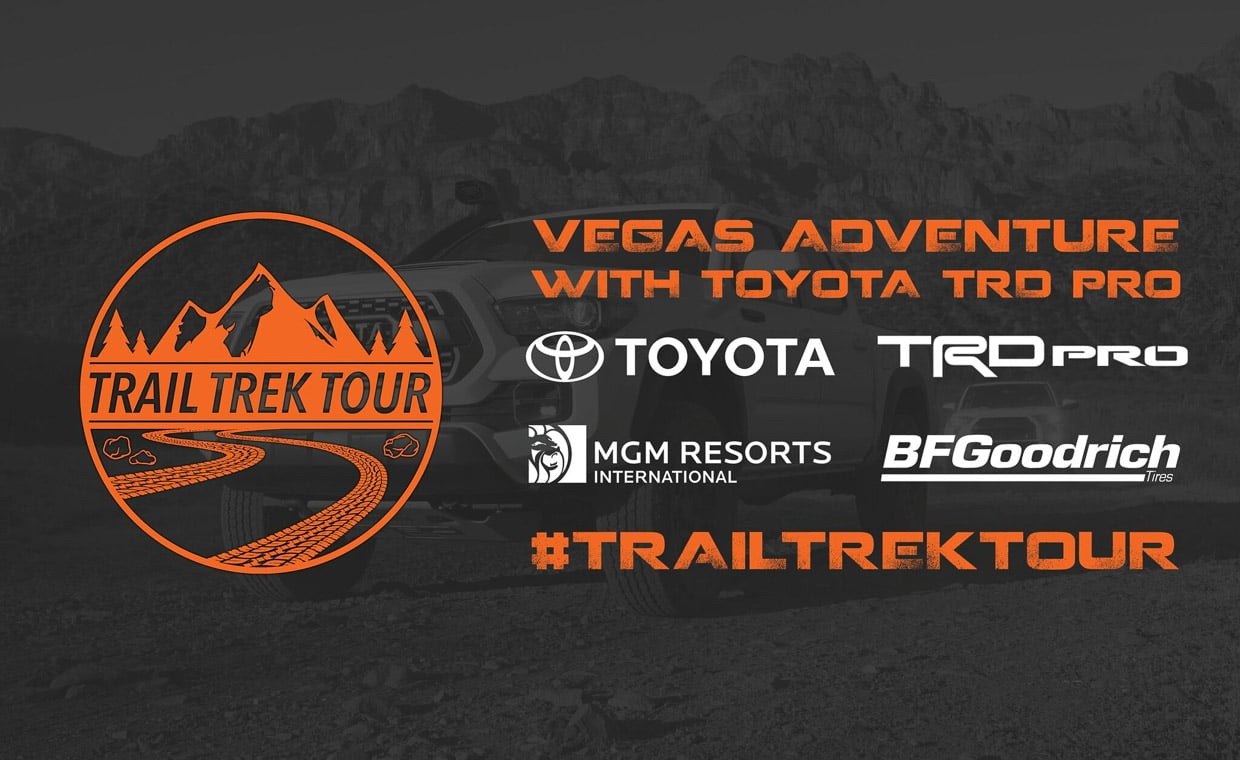 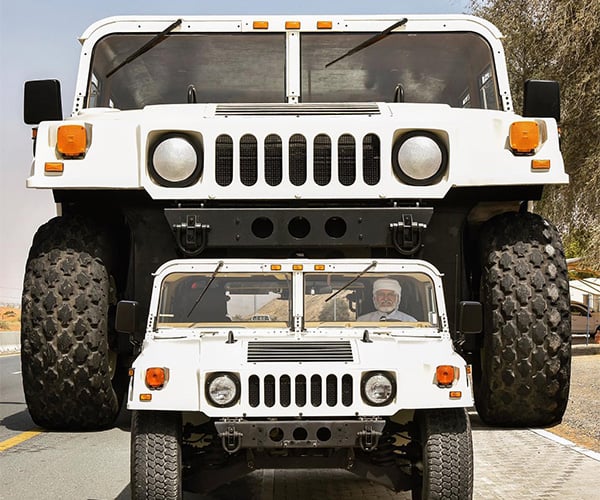 Inside the 2022 Tokyo Auto Salon 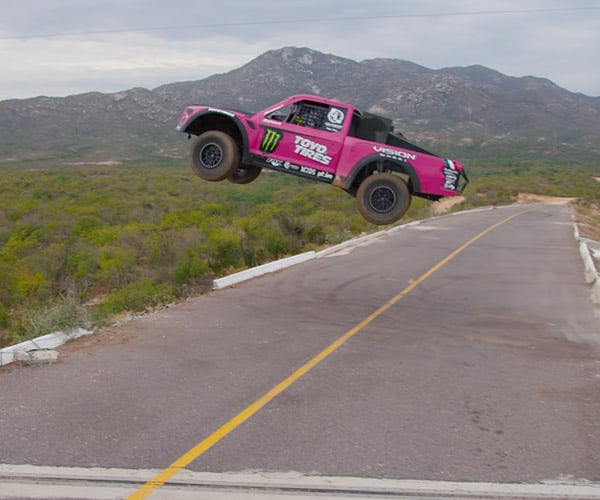 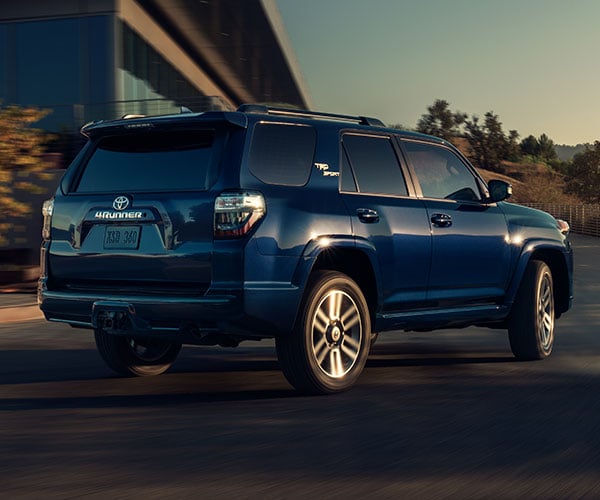