The Filmography of Guns

Calm the Ham’s third print in her Filmography series features 115 guns from film and television, from Dirty Harry to Star Wars. The illustration is also available on a t-shirt, as well as in an expanded book version. 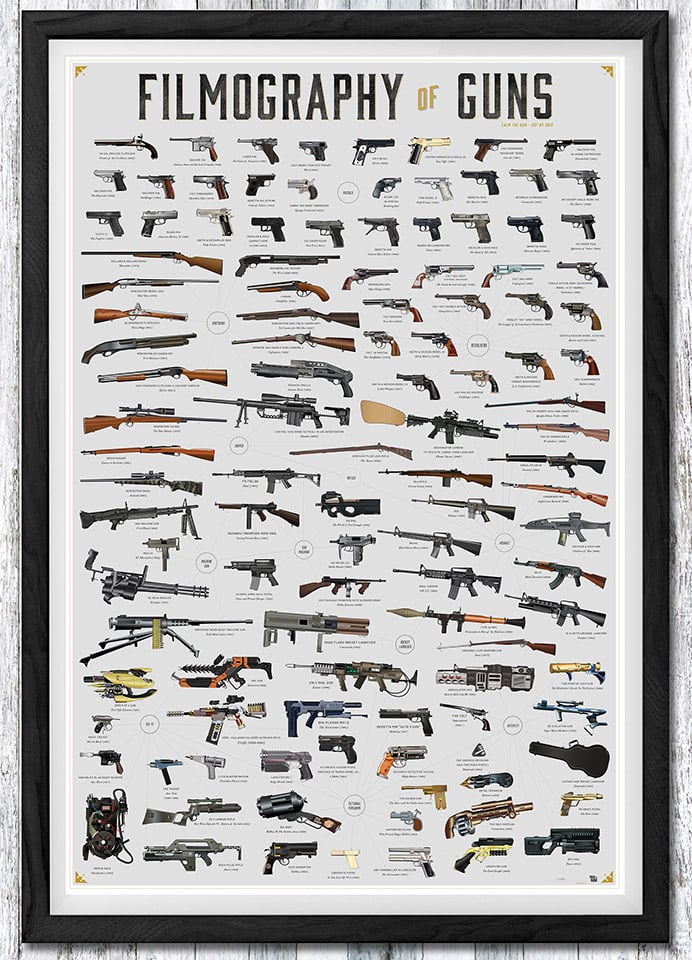 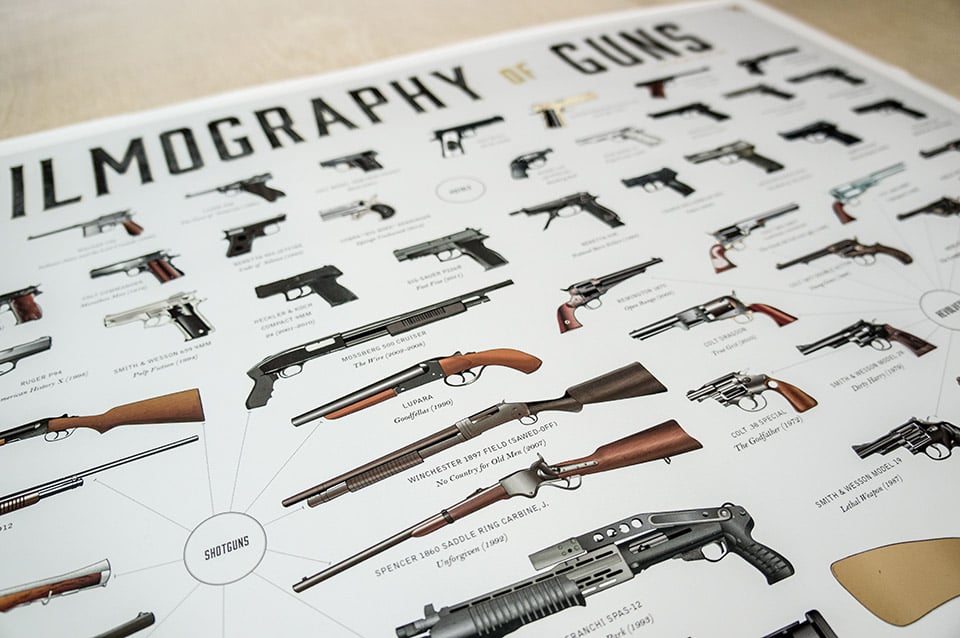 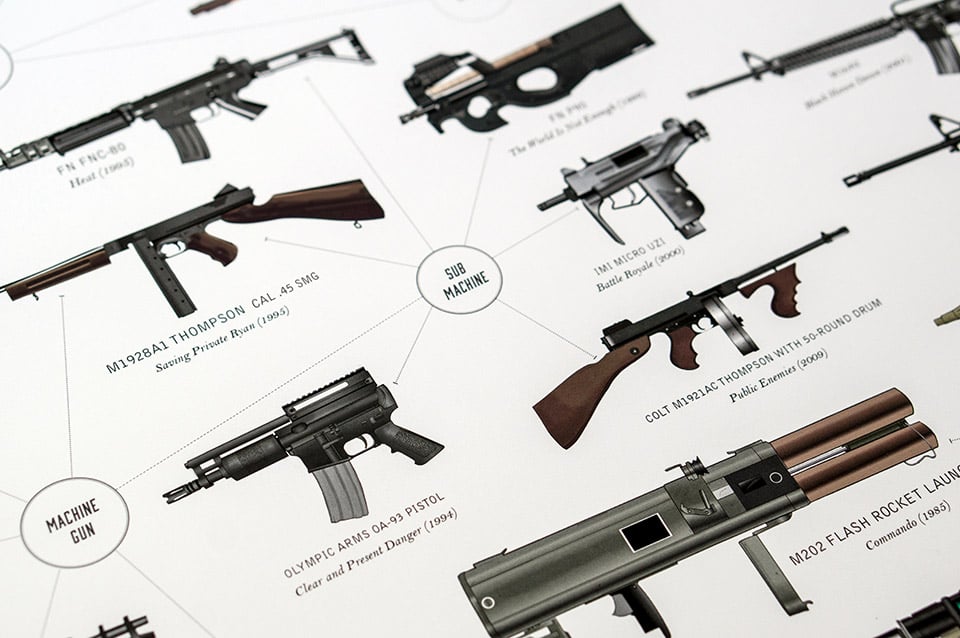