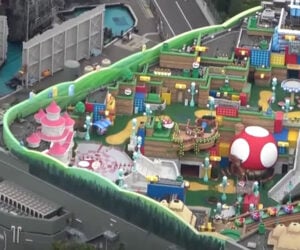 Super Nintendo World at Universal Studios Japan is slated to open in early 2021. From the looks of this flyover of the park, it’s going to look amazing when it’s all done, transporting Nintendo fans into the heart of their favorite games. We spy Peach’s and Bowser’s castles, a Mario Kart ride, and a Toad House among other details. 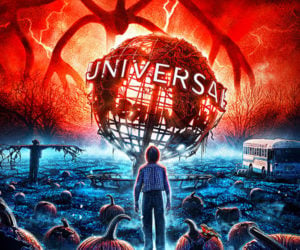 Stranger Things haunts Universal Studios’ Halloween Horror Nights in Orlando and Hollywood this season. The attraction re-stages some of the show’s scariest bits including the Demodogs. It’s a real scream, as season three co-star Priah Ferguson discovered. Watch as Priah faces her fears… and her doppelgänger. 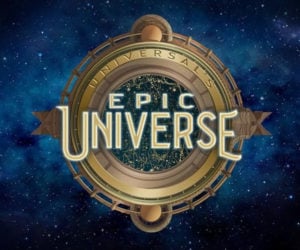 Universal Orlando Resort has confirmed that its fourth theme park will be called Universal’s Epic Universe, and that the 5-to-6-year building process has begun. Rumors have it that the park’s themed lands will include Fantastic Beasts, How to Train Your Dragon, Classic Monsters, Super Nintendo World, and a dueling launch coaster ride.