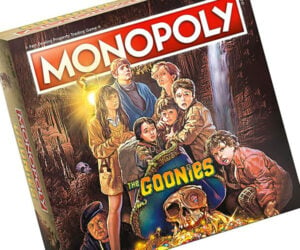 Hey You Guys! It’s a version of Monopoly, based on characters, story, and locations from the 1986 movie classic The Goonies. Properties include The Inferno and One-Eyed Willy’s Cabin, and tokens include the Statue of David, Chester Copperpot’s Key, the Gold Doubloon, Little Girl’s Bike, Skull and Crossbones, and Willy’s Eye Patch. 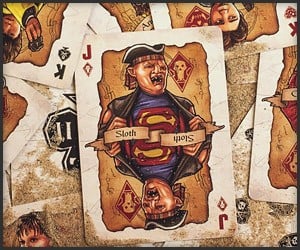