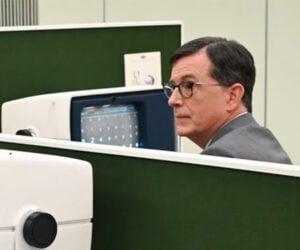 It’s been rumored that Season Two of Severance will feature some big celebrity cameos. It turns out that Late Show host Stephen Colbert has already been on the show, but the scenes ended up on the cutting room floor. Perhaps it’s because his innie thought he was working at Dunder-Mifflin instead of Lumon.