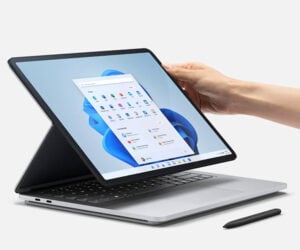 Microsoft replaces its Surface Book with a new design that combines the best of tablets and laptops. Rather than a removable display, its touchscreen pulls forward over the keyboard in studio mode. It packs an 11th-gen Core i5 or Core i7 CPU with an Intel Iris Xe or Nvidia RTX 3050 Ti GPU and a 14.4″ 201 PPI 120Hz display. 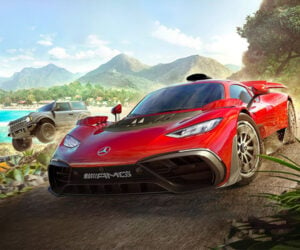 Microsoft is ready to delight racing game fans with the latest installment of the Forza Horizon series. Take a look at the game’s gorgeous environments and buttery-smooth frame rates, as racers including a Ford Bronco, a C8 Corvette, a classic Porsche 911, and a Mercedes-AMG ONE each make a dramatic entrance. 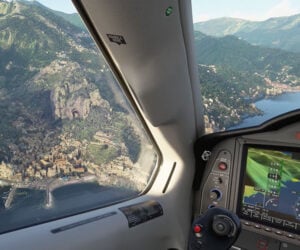 With an amazing amount of graphical detail and real-world map data, Microsoft Flight Simulator 2020 is closer than ever to recreating the experience of flight. Digital pilot TheNinjaCowboy shared this video footage of some of their favorite locations from the game, looking out from the pilot’s window and above their single-engine plane. 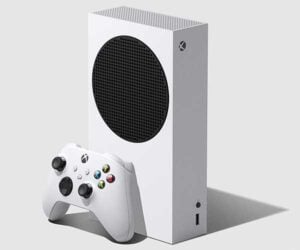 Expected to be released alongside the Xbox Series X, this smaller next-gen console does away with physical media, instead relying on game downloads and its 512GB SSD. Ideal for 1080p displays, it’s expected to crank out 1440p visuals at up to 120fps, with raytracing and variable refresh rate support. Drops 11.2020 for $299. 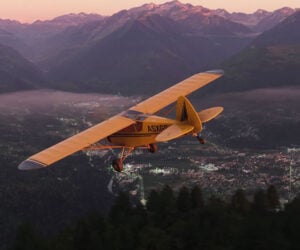 Completely revamped from top to bottom, Microsoft Flight Simulator aims to be the most realistic aviation sim ever. The game includes data from over 2 million cities around the globe, rendered in incredible detail, with 4K and HDR support, along with real-time atmospheric and weather conditions. Coming to Windows 10, 8.18.20.

Inside the Xbox Series X 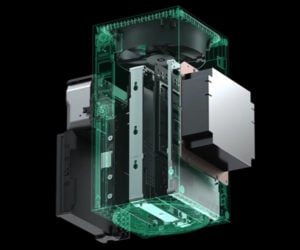 The next-gen console wars are about to begin, and Microsoft is touting the hardware capabilities of the Xbox Series X. The company allowed a handful of folks to go hands-on with the machine, including tech vlogger Austin Evans, who gives us our best look yet at the internals and tech powering the new game system.

Featured in The Awesomer Shop 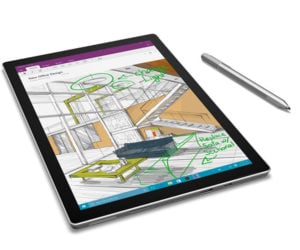 Want a bargain price on an excellent portable computer system? Look no further than this refurbished Microsoft Surface Pro 4. This 2017 model has a sharp 12.3″ PixelSense touchscreen display, 256GB of SSD storage, and a zippy Core i5 processor. It comes loaded with Windows 10 pro, and has a built-in kickstand. 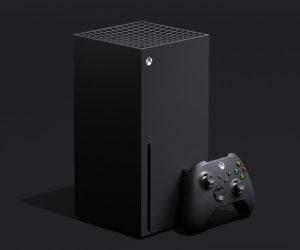 Microsoft’s next-gen console, the Xbox Series X is all about power and speed. With an AMD Zen 2 CPU and high-end GPU with ray-tracing, it’s designed to support 4K games at 60fps, and 8K is possible. An SSD means quick load times, and backwards compatibility will support games from Xbox, Xbox 360, and Xbox One.

The Evolution of Windows Sounds 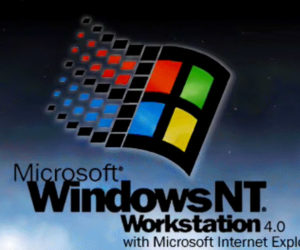 If you’ve been a user of the Microsoft Windows operating system, you know that each major version has had its own unique startup and shutdown sounds. Pod was kind enough to catalog most of these musical flourishes from Windows 3.1 through Windows 10. This older video captures a few more obscure variants. 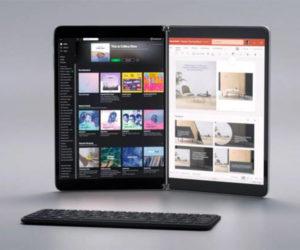 Microsoft is betting big on multiscreen devices in with its upcoming Windows 10X operating system. One of the first devices to support the tech the Surface Neo, a tablet with dual 9″ screens, and the ability to convert into a small notebook computer with a keyboard and small secondary information display. Available late 2020. 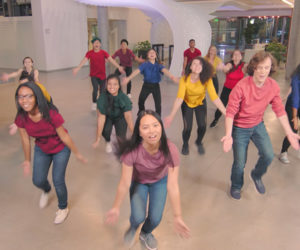 A group of interns working at Microsoft wanted to say thanks to the company that gave them a home for the summer and something good for their resumes. But what do you give the company that’s got everything – and on an intern’s budget? You put on a Broadway show, that’s what! 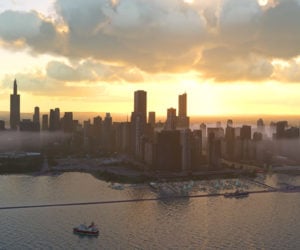 No, you’re not looking at actual 4K aerial footage here – this is in-engine imagery from the next-generation version of Microsoft’s famed Flight Simulator. The game uses satellite data, along with Azure AI tech to power its incredibly realistic flying. Coming to Xbox in 2020. 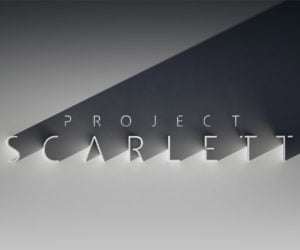 Microsoft turned up at E3 2019 not with an actual new console, but with a description of what they’re working on. The next-gen system will support up to 8K resolution, 120fps, real-time ray tracing, packs a custom SSD to reduce load times, and will play thousands of titles from prior-gen Xboxes. Drops late 2020. 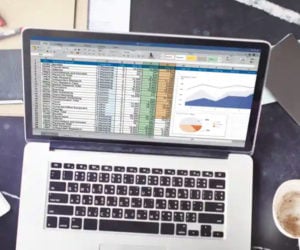 While Excel is a great tool for calculations, it’s also a wonder at crunching data and analyzing it. Learn to get the most out of the spreadsheet with this online training covering data manipulation, analytics, and visualization. Another great deal from The Awesomer Shop. 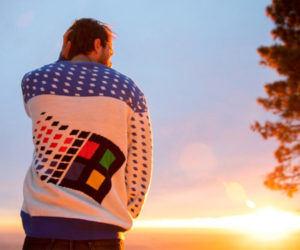 Who would’ve thought that the coolest ugly sweater would come from Microsoft? Over the holidays, the software giant gave away Windows 95 sweaters to folks who tweeted messages love for their OS. We hope they bring it back so more of us can have one. 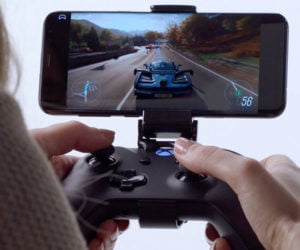 Microsoft’s Project xCloud is an upcoming video game streaming service that will allow people to play Xbox One games on their PC, tablets or phones. It will work with the Xbox One controller and supports streaming via 4G connections. Public tests will begin in 2019. 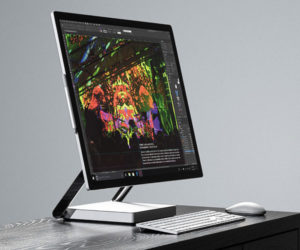 Microsoft improves its premium all-in-one PC. It’s faster, and the Surface Studio 2’s 28″, 4500 x 3000 resolution touchscreen display is now brighter and has more contrast. Its storage maxes out with a 2TB SSD, while its GPU can be either a GTX 1060 or a GTX 1070. 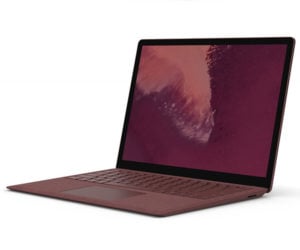 Microsoft’s powerful and beautiful Surface Laptop has been upgraded with 8th gen Intel CPUs, twice as much RAM – now 8GB – on the base model and improved cooling. Its unique alcantara cover now comes has a slick matte black option. 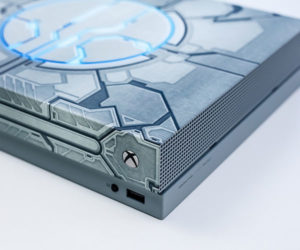 Xbox and Make-A-Wish’s Consoles for Kids charity auction lets you bid for one-of-a-kind autographed and custom painted Xbox One X consoles, each one signed by a celebrity or game developers. All of the proceeds go to Make-A-Wish. The auction runs until 10/3/18. 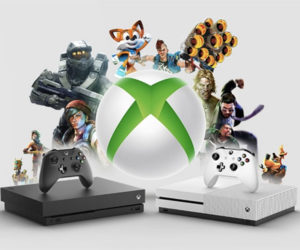 Microsoft’s Xbox All Access is a subscription plan that lets you own an Xbox One X or Xbox One S, 24 months of Xbox Live Gold and 24 months of Xbox Game Pass for a low monthly fee that you pay spread over 2 years. There’s no upfront cost. 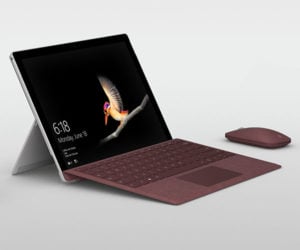 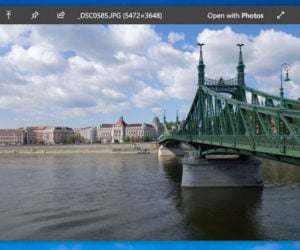 Quick Look is one of the most useful features on Macs, letting you preview a file’s content just by pressing the spacebar while you’re on a Finder window. Paddy Xu’s QuickLook imports the exact same feature to Windows 10. It works with both documents and media files. 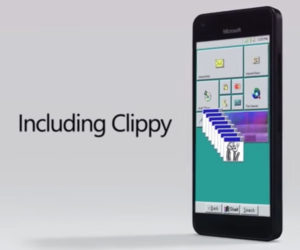 Microsoft might have hung up its mobile OS ambitions for now, but that didn’t stop 4096 from envisioning what things might have been like if they decided to port one of their most popular operating systems ever directly to smartphone screens. 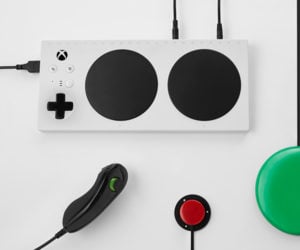 The Xbox Adaptive Controller is a plug-and-play Xbox One and Windows 10 controller for gamers with limited mobility. It has two large programmable buttons, a large d-pad, two USB ports, and 19 3.5mm inputs for plugging in adaptive switches. Drops 2018 for $100. 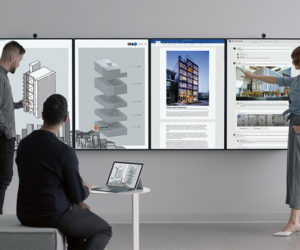 The Surface Hub 2 was designed to help teams collaborate and communicate. It’s a PC with a 4K 50.5″ touchscreen display that can be used in landscape or portrait. Up to four Hub 2s can be connected to each other, and multiple Windows users can log in to access their files. 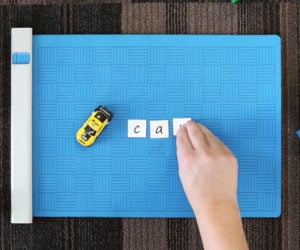 Microsoft Research shows off a tabletop mat that uses capacitive sensors and near-field communication (NFC) to detect the shape and position of objects, as well as touch, and gestures above its surface. It could be used for interactive games and other tangible interfaces.