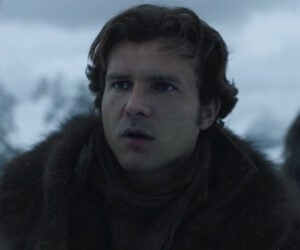 When Solo: A Star Wars Story came out, we struggled a bit with someone other than Harrison Ford playing Han Solo. There was nothing wrong with Alden Ehrenreich’s performance, but we missed Harrison’s familiar smirk and gravelly voice. Now, thanks to deepfake expert Shamook, we at least have the proper visuals. 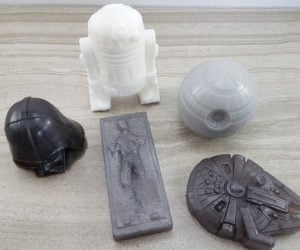 Etsy store Silly Soap Shop’s detailed soaps of Star Wars characters and spaceships. You can choose from six designs: Darth Vader, R2-D2, Han Solo in carbonite, Death Star, Millennium Falcon and Chewbacca. You can customize the scent and color of your order.

How Solo Should Have Ended 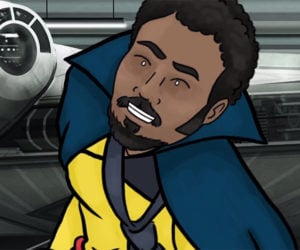 Han Solo named himself and is tired of all the pointless fighting and potential lovers. Qi’ra can’t wait to be alone for reasons. Lando drops the hottest single in the galaxy. All that and more in How It Should’ve Ended’s parody of Solo: A Star Wars Story. 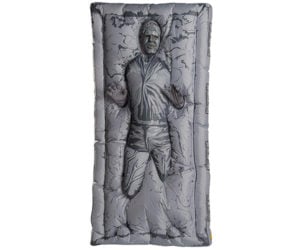 Star Wars fans looking for something different to wear this Halloween might want to check out Rubies’ inflatable version of Han Solo, frozen in carbonite. The adult-sized costume includes a battery-powered inflation fan, and a mask and gloves to complete the frozen effect. 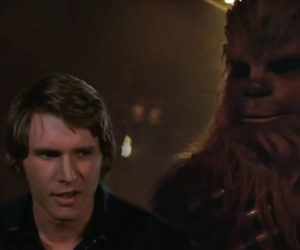 While the early buzz is that Alden Ehrenreich does a solid job playing young Han Solo, Harrison Ford’s shoes will certainly be hard ones to fill. Thanks to video wiz Nick Acosta, we’ve got a little taste of what that Solo spin-off movie might look like. 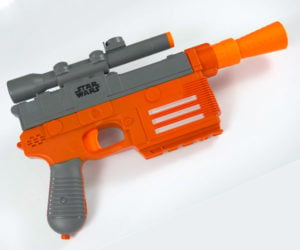 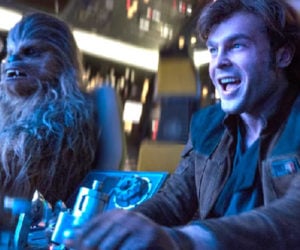 “Yeah, I know a guy. He’s the best smuggler around.” The best look we’ve had so far at the Han Solo spin-off movie, which despite a major directorial change mid-shoot appears to be on the right track in the capable hands of Ron Howard. The Millennium Falcon looks so clean. 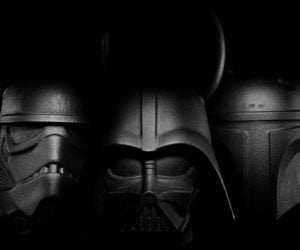 Go from Jabba the Hutt to Jango Fett with the help of Onnit’s Star Wars-themed equipment. The collection consists of three different kettlebells – Darth Vader, Boba Fett and Stormtrooper – a Han Solo yoga mat and a Death Star slam ball. 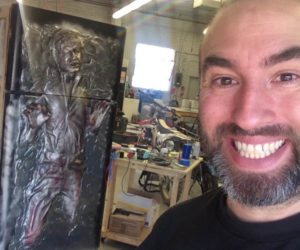 Master builder and effects artist Frank Ippolito saw what appears to be a photoshopped image of a refrigerator done up to look like Han Solo frozen in Carbonite. Inspired by the pic, Frank decided to build the actual fridge for himself. Tested shares the build process. 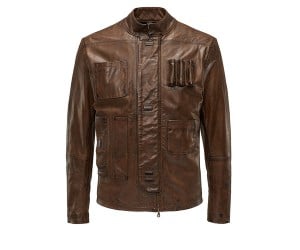 This handsome leather jacket was inspired by the one that Han Solo rocked in The Force Awakens, borrowing details from the costume such as the ammo holder. Available in male and female versions. Part of Matchless’ Star Wars collection. 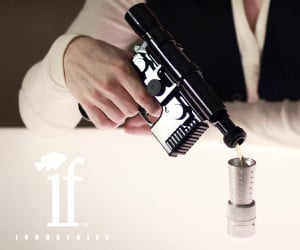 Han drank first. Or at least that’s the story we’re sticking to. This awesome drink flask was created by If Industries, who sells cool arcade belt buckles on their Etsy shop. Sadly, due to licensing concerns, you can’t buy one. At least not yet. 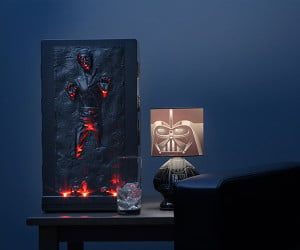 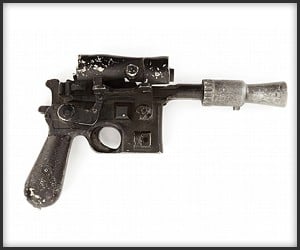 Profiles in History is auctioning off Han Solo’s weapon of choice. Harrison Ford (and perhaps Mark Hamill also) used this non-firing DL-44 Blaster in The Empire Strikes Back and Return of the Jedi.

You can get Han as a figurine, as a desk and as a soap. Now you can roll like a Hutt mob lord and eat Han Solo with this silicon tray. Carbonite is scarce though, so you’ll have to settle for ice or jelly. 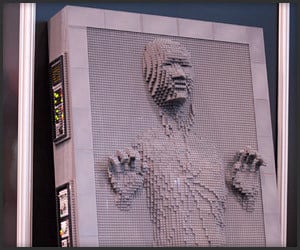 Ok, this is one of the coolest LEGO creations we’ve ever seen. It’s a brick-by-brick rendition of Han Solo’s famous frozen-in-carbonite scene from Empire Strikes Back. From the recent NYCC ’10. 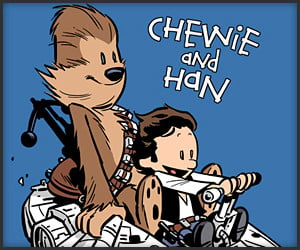 Didn’t like seeing them drawn as Christopher Robin and Winnie? How about the more troublesome duo Calvin and Hobbes? It’s a lot easier to imagine Calvin as a reckless mercenary anyway. 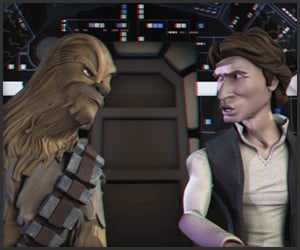 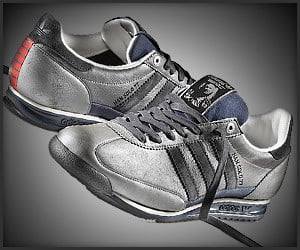 The latest in adidas’ Star Wars series, the Han Solo SL-72 features an icy carbonite color scheme, accented with charcoal grey laces, and adorned with an image of Solo frozen in time on the tongue. 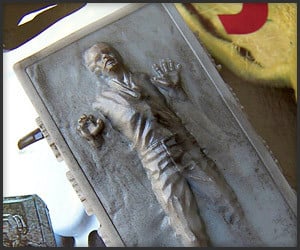 This Han Solo frozen in carbonite soap the best bar of soap, ever. Each handmade bar is detailed with a tiny Harrison Ford trapped inside a block of olive oil, shea butter, aloe vera and metallic pigments.