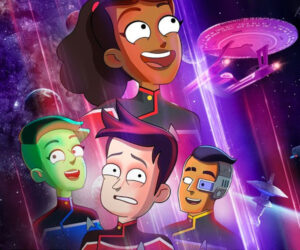 Developed by Mike McMahan (Rick and Morty, Solar Opposites), Lower Decks is the first official Star Trek animated series since the 1970s. Rather than revisiting classic Trek characters and stories, it’s a madcap comedy about the background players who keep a Starfleet ship running. Coming to CBS All Access 8.6.20.